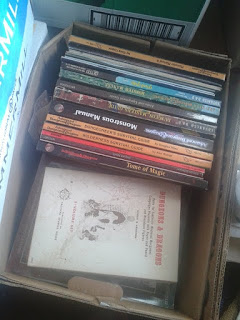 She's got another box of White Wolf Games products but I can forgive her for that ;-)
Posted by JDJarvis at Thursday, January 26, 2012