Done shot themselves in the marketing.

Wow it's been a rather interesting week or so in TTRPG. I'm sure almost anyone who'd read this is aware of the "breaking" news in regard to WoTC and TTRPG publishers. WoTC got too greedy too openly, they could have kept the OGL in place and retained their walled off garden and filled it with micro-transactions (and likely still will) leaving the largest competitors working for crumbs and still supporting their business but they have lost a whole lot of brand loyalty and lit a fire under publishers to move on.

Some people chalk this up to the usual crankiness and resistance whenever a brand announces forthcoming changes and while there may indeed be some of that this is far more worse than anything I have seen before. Third party publishers are not standing around and waiting for what WoTC is doing next, it's already reached down to tiny contributors like me: I've already approved a publisher re-releasing content I wrote that they had published under the OGL so they may release it under a newer license. We are all seeing changes that would have taken months maybe a year or more happening at a pace a large business is unlikely structured to deal well with at all. 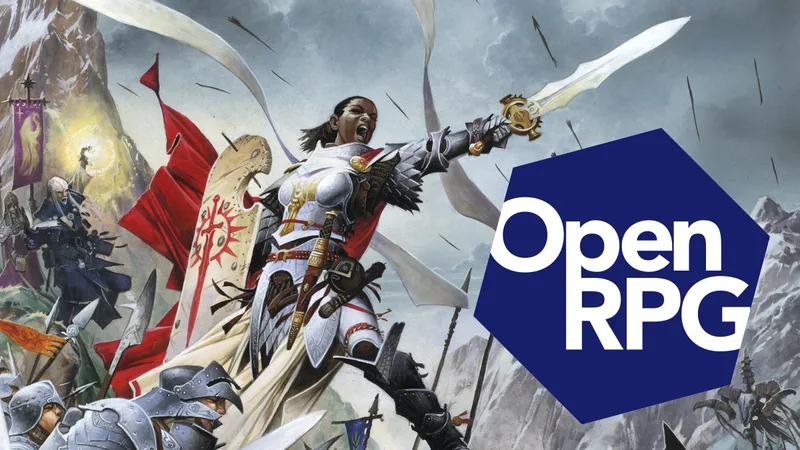 You likely heard about it before coming here, looks like ORC is coming to the marketplace and OSR community.
Posted by JDJarvis at Thursday, January 12, 2023 No comments:

Posted by JDJarvis at Thursday, January 12, 2023 No comments:

No descriptions yet but you likely get the idea.

People Need to See This.

Please take a look. This clip explains part of what is wrong with the new OGL recently leaked and how it's a slap in the face to D&D fandom and people who have boosted the games profile for decades.

Posted by JDJarvis at Tuesday, January 10, 2023 No comments:

Target Class:   This is a rating with two values that expresses the effectiveness of armor in combat. The first is how difficult a character/npc/monster is to hit in combat. The higher the number the less likely one is to connect with a successful attack in combat. The second number is how much damage armor worn blocks even on successful hits this may be noted in rules elsewhere as DB.

Note: on the chart above I favor the shield as it held more than a minor incremental benefit to defense in medieval combat but as Plate Armor technology improved it was often discarded in favor of two-handed weapons. Shields do not increase the Damage Blocked of other armor worn but if a game include magical shields that may alter the Target number and the Damage Blocked.

Some campaigns may not make used of Damage Blocked and when doing so simply note Target Class as a single value without a slash.

--- Licensing (really a suggestion on licensing) ---

The above is a simple introductory draft example proposed for shared game content. You are free to use it or a derived form of it however you wish as long as you do not limit others from doing so as well or prohibit them from using your derived version. You are required to tell people where you derived the rule from but if multiple rules are from the same source you need only state that multiple rules were from the same source. This is subject to change but any future changes made can not limit your use of this specific version.

If there were two rules here something along these lines is fine:

"Some combat rules  by James D. Jarvis published 1/9/23 on  his blog Aeons & Augauries"

Over the past week WOTC has managed to outrage a whole lot of people. While I do understand why a company would try to increase the monetization of their product the means by which they now seem to be approaching to do this is to destroy the communities that have allowed their game to be what it is today.

WOTC has transformed the next release from One-D&D into the NOT ONE PENNY FROM ME edition.

They had a tough sale in me anyway. I have more gaming material than I can possibly use in remainder of my life and now that I have seen them go from greedy to beyond greedy I can't possibly be bothered to spend any money on their wares regardless of how amazing the digital platform they have yet to deliver actually is.  You do not get to threaten my friends, their co-workers, and their employers and to challenge their livelihood and get my money. I hope anyone reading this joins me and goes on to enjoying RPGS for decades to come without buying into the NOT ONE PENNY FROM ME edition.