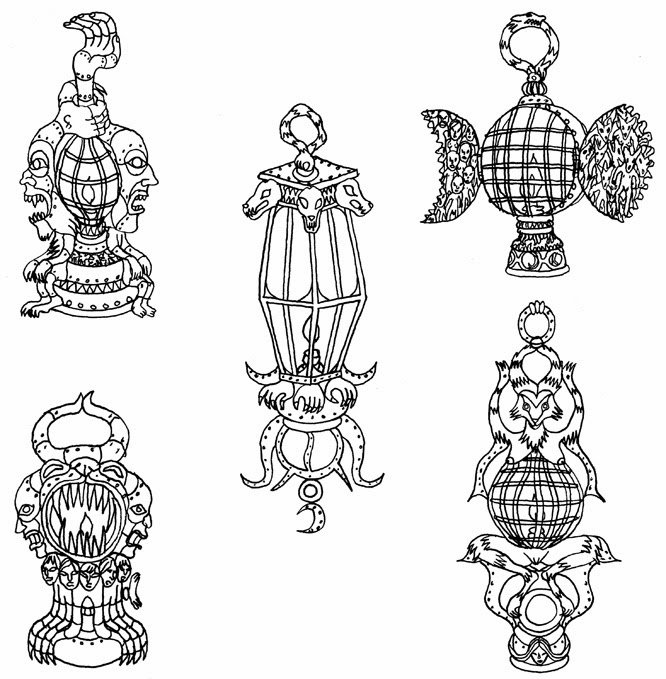 These five lanterns and an invitation at  Le Chaudron Chromatique  inspired the following.


Lamp of the True Face, should the light of this lamp fall on a lycanthrope their nature will be revealed by a ghostly aura that shall surround them. Other shape changers are allowed a save vs wands to avoid being revealed if not in their trueform.

Lantern of the Moons, exposure to the light of this lamp will cause a lycanthrope in their natural form to begin the transformation as if exposed to the light of a full moon.

Beacon of the Silver Bite, while in illumiation of this lantern normal arms may strike lycathropes as if they were fashioned of silver. There ecsist some superior versions of the beacon where in addition to the effect above all silver weapons inflict double damage vs lycanthropes within the light of the beacon.

Torch of the Witchqueen, while in the illumination of this lamp all lycanthropes are +2 to hit and save and they will regenerate 2 hp per round (even if hit by silver or fire), they will be compelled to defend the bearer of the lamp but will otherwise disregard all other requests unless compelled by other influences.