What would the end of time, end of the stars, the last empire of thinking life look like? Where once there were billions of stars there is now a handful of cinders. 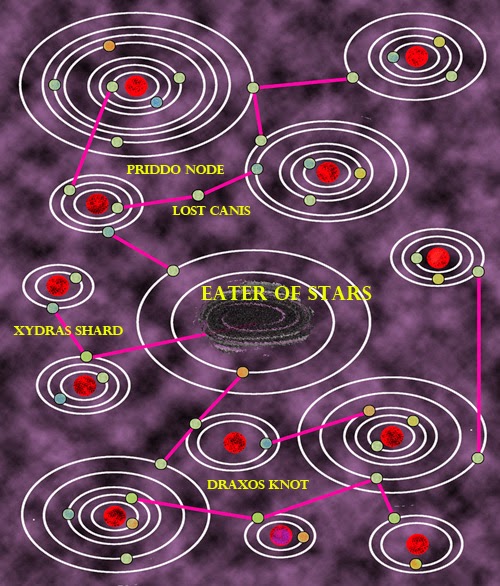 Just had to draw something after pondering what the end of the universe anyone would witness might look like as a map. I know I'm far off, this is just a doodle but something had to get drawn. I have to thank John Mathew Stater for putting the bug in my mind when he posted in regards to the star apocalypse.
Posted by JDJarvis at Sunday, June 01, 2014