Here's a typical dwelling built by humankind in all climates and cultures using various materials for most of human history. 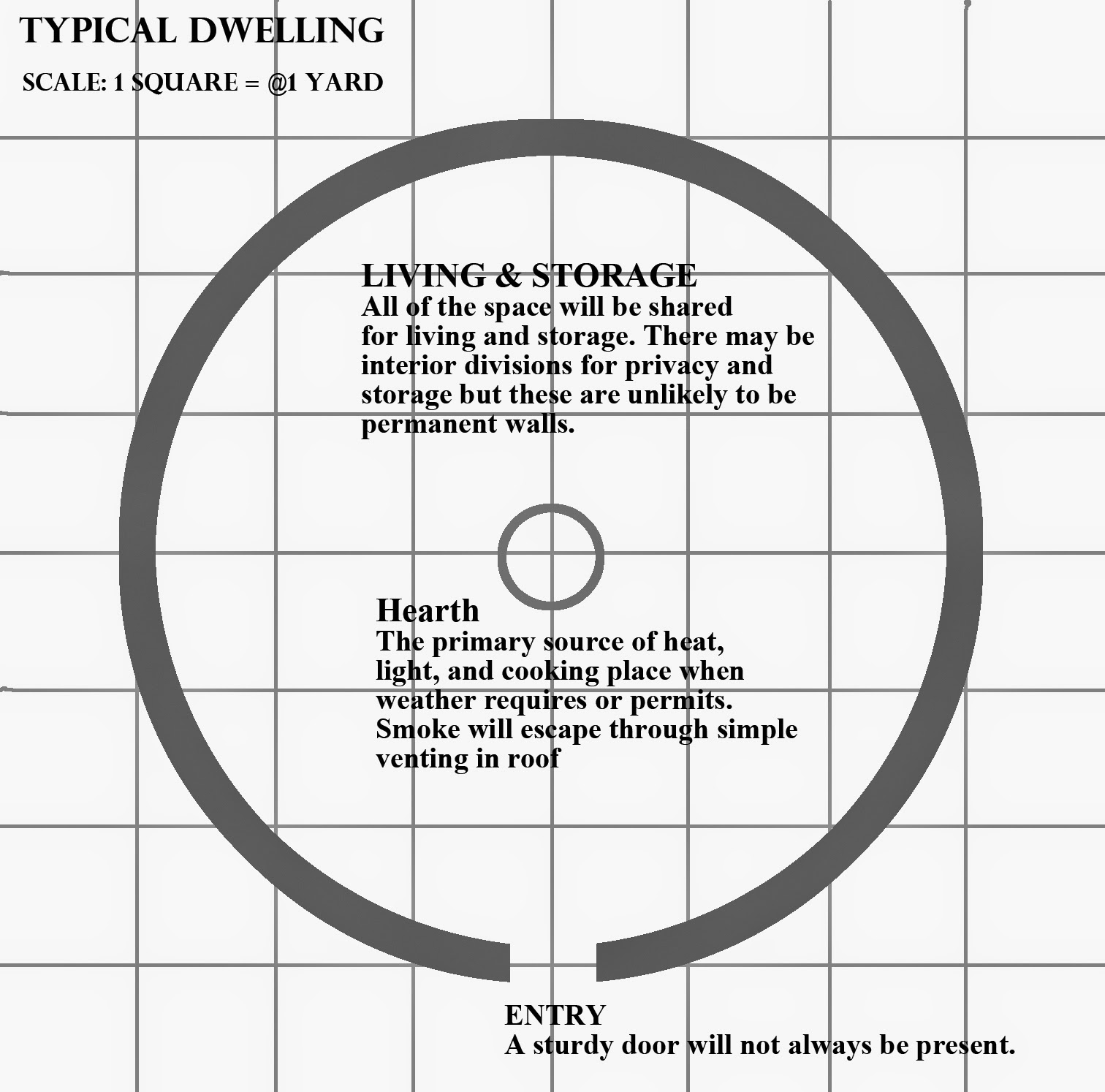 It's not huge but it's pretty darned average at about 6 yards internal diameter. The total living and storage space within would be about 250 square feet not accounting for space above the floor available due to shelving or hanging from the ceiling depending on building materials used. Wall thickness shown here is fairly thin but that would be the case for many construction methods.
Roofing will often be thatching of some sort but if matrials allow sturdier shingling may been found.
animals will be kept in with the family and an animal pen would be the most likely partitioned area.

The hearth can be as simple as a hole in the ground or be a much more elaborate assembly of stones to provide security against the fire spreading and to retain heat. In some places the hearth will develop or include a small stone oven or kiln but it is far more likely for such things to be found outside the personal dwelling. Smoke from the hearth itself will accumulate inside the dwelling and exit through a hole in the roof which will be as practical and well vented as materials and skill allow.

As materials,wealth, and builder skill allow the house will get wider and taller. If the house becomes large and strong enough it isn't uncommon for living/sleeping space to move to the loft or a second floor with the ground floor being left to storage, animal space, and domestic industry. Work will be done outdoors if possible due to better lighting and it is not uncommon at all for most domestic chores to be practiced outside of the dwelling when weather permits.

Not amazingly huge but such structures of similar shape and dimension have served families on all the contients for thousands of years and surely the various surface dwelling races in the typical fantasy campaign. Rectilinear surface dwellings become more common as wealth of individuals and the population at large or building materials (and methods) allow.
Posted by JDJarvis at Thursday, June 26, 2014