Last post was just the delaration of the start for buildign a mini-campaign. The whole idea is to not over do it but even minimalist design has some sort of process. I'm going to let seat fo mey pants random rolls based decisions guide my way.
Now let’s setup the terrain. I want to have a fairly typical temperate-like area. We’re going to have mountains, hills, forests, swamps, water, and open terrain.  If we didi each hex with a 1 in 6 chance of each terrain we could populate the map that way. I want to used a few simple rules to give the map a “look” and I’ll role for each terrain a certain number of times to generate the map with a pattern for each type. 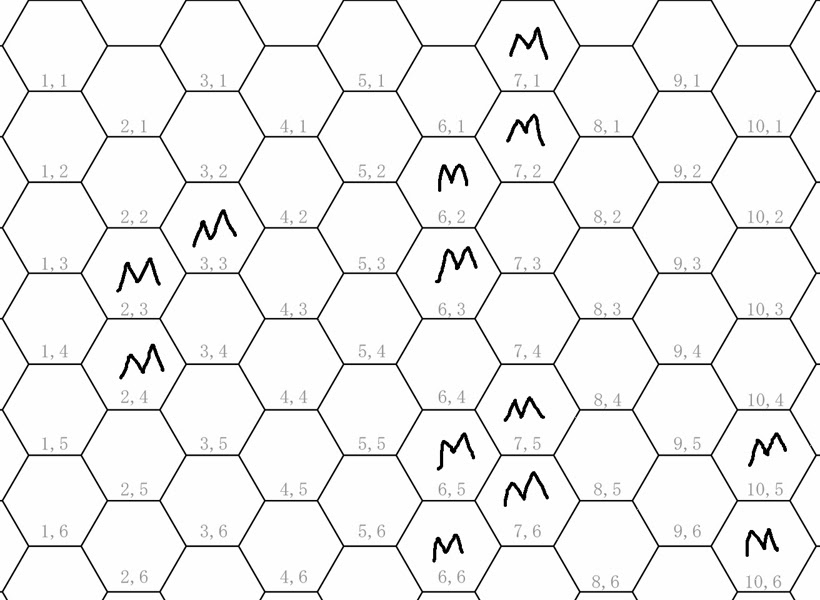 Due to edges and overlapping we get 12 of our 60 hexes with mountains. I can already spot an important area on the map.

Next let's  put in water, this could be lakes, oceans,  or rivers so  it can overlap with anything at thus stage. Let’s make each water roll be 2 hexes the one rolled and the one southwest of it. I’m going to roll 12 times which could put a water feature in almost half of the hexes on the map. 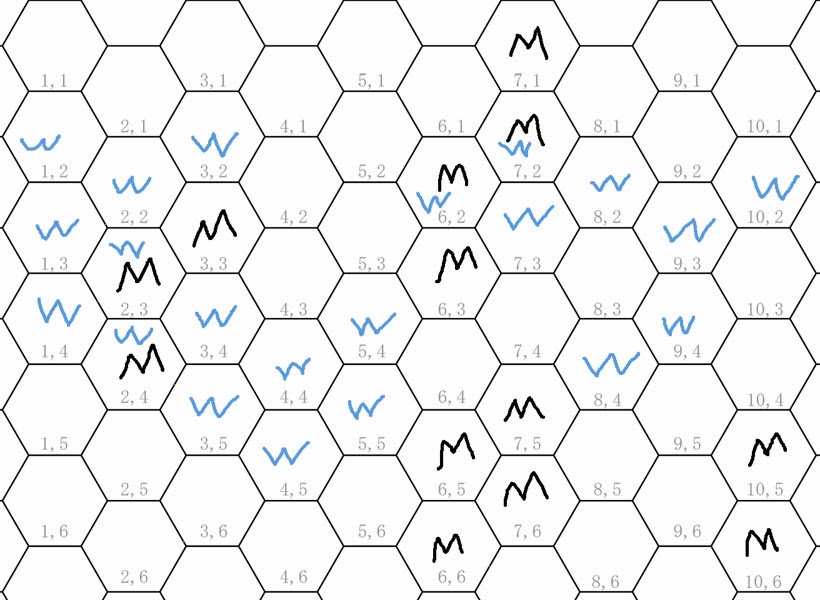 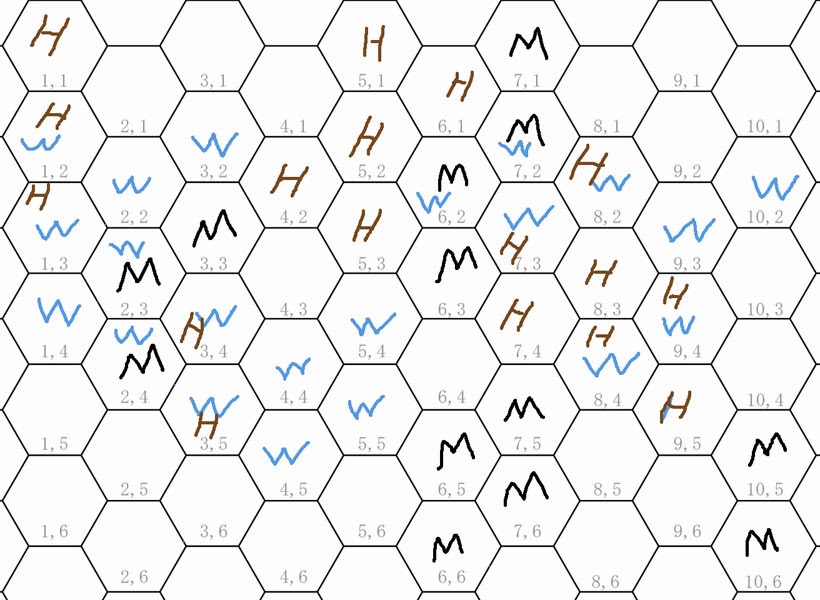 Next we get forests. Forests are going  to be in the hex rolled and all six surrounding hexes. I’m going to roll 8 time for forest. Technically a lot of the map could get covered in forest but with overlapping that’s not too likely to happen. 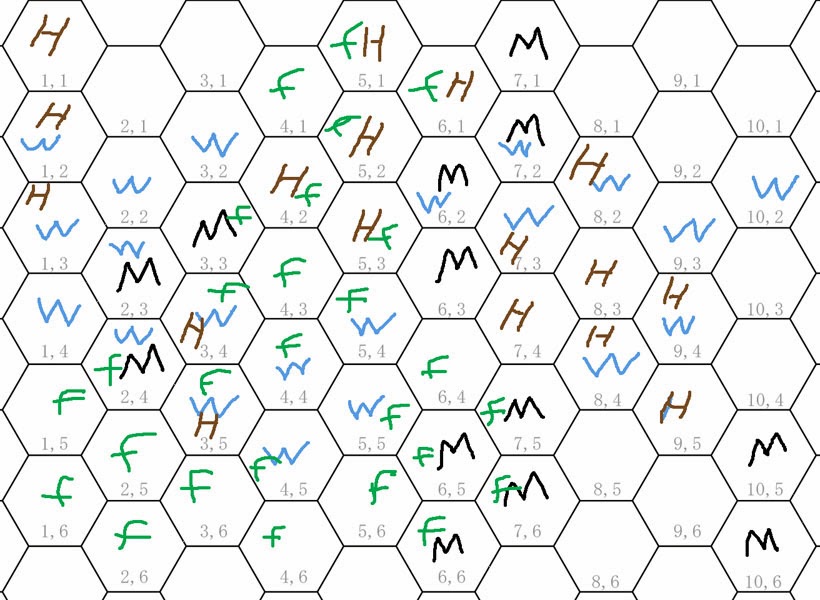 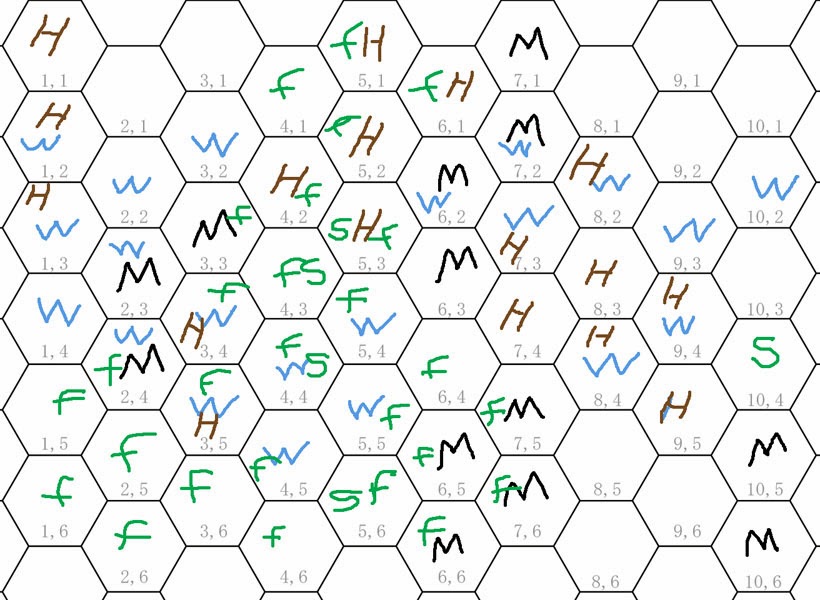 I’m not going to roll for clear hexes, anything clear is still clear.

Next post will be castles and villages.
Posted by JDJarvis at Saturday, December 14, 2013