I prettied up the map a very little bit by changing all those letters into simple icons and figuring out which water hexes were rivers and which were lakes based on  location.  I moved the swamp from hex 10,4 to hex 10,3 to put it next to the water. 9,3 and 9,4 are going to be a bay of a sea instead of a lake also , I’ll just show it going off the map. 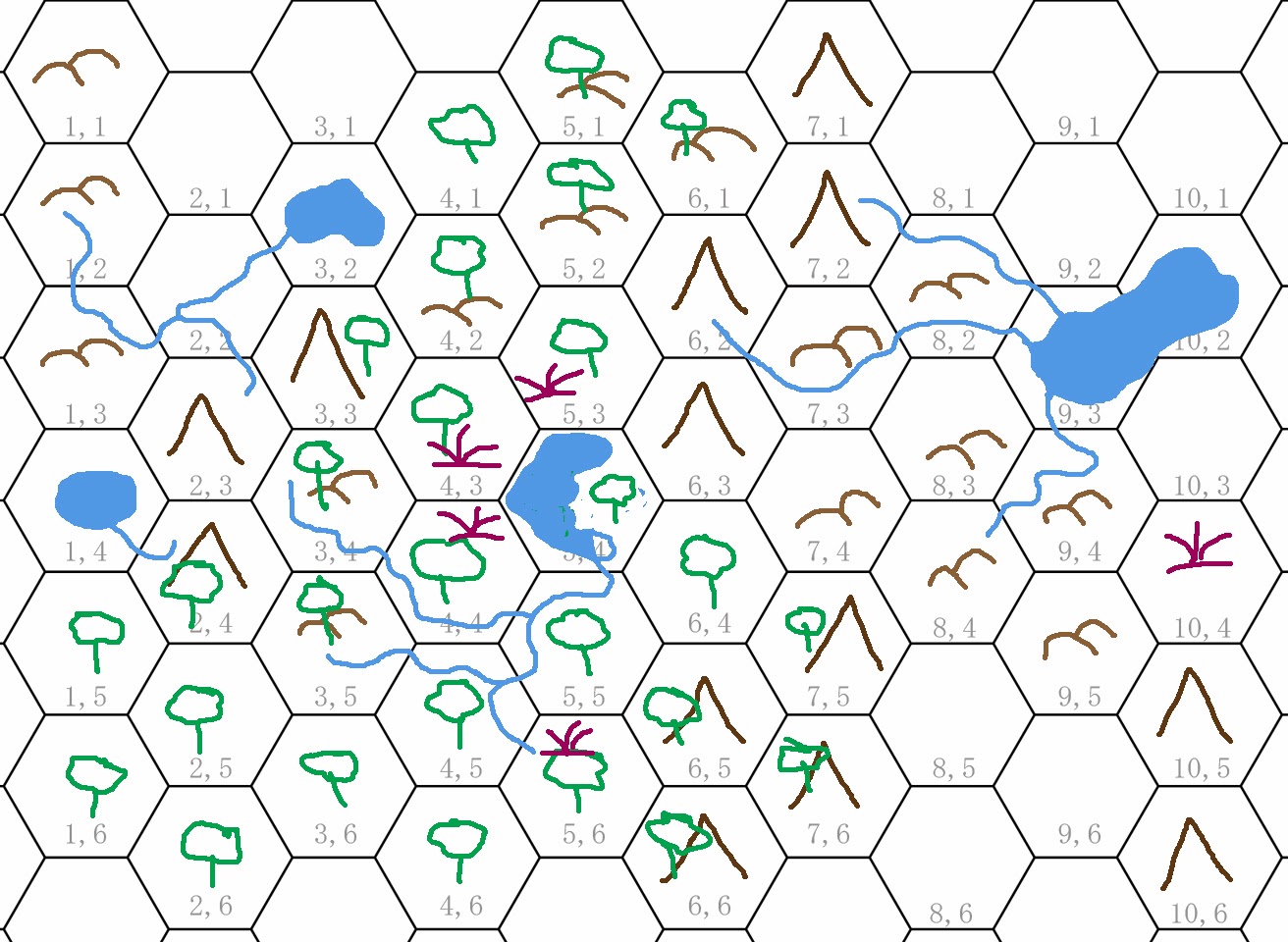 Next we need civilization. Let’s represent that with villages and castles. Lets put in a dozen villages and six castles.  They can be anywhere as we aren’  sure what the local population will be, the placement of settlements might impact that decision.

By dumb lick we have 2 villages in the same hex with rivers and the bay… it’s going to be the only big town/city on the map. 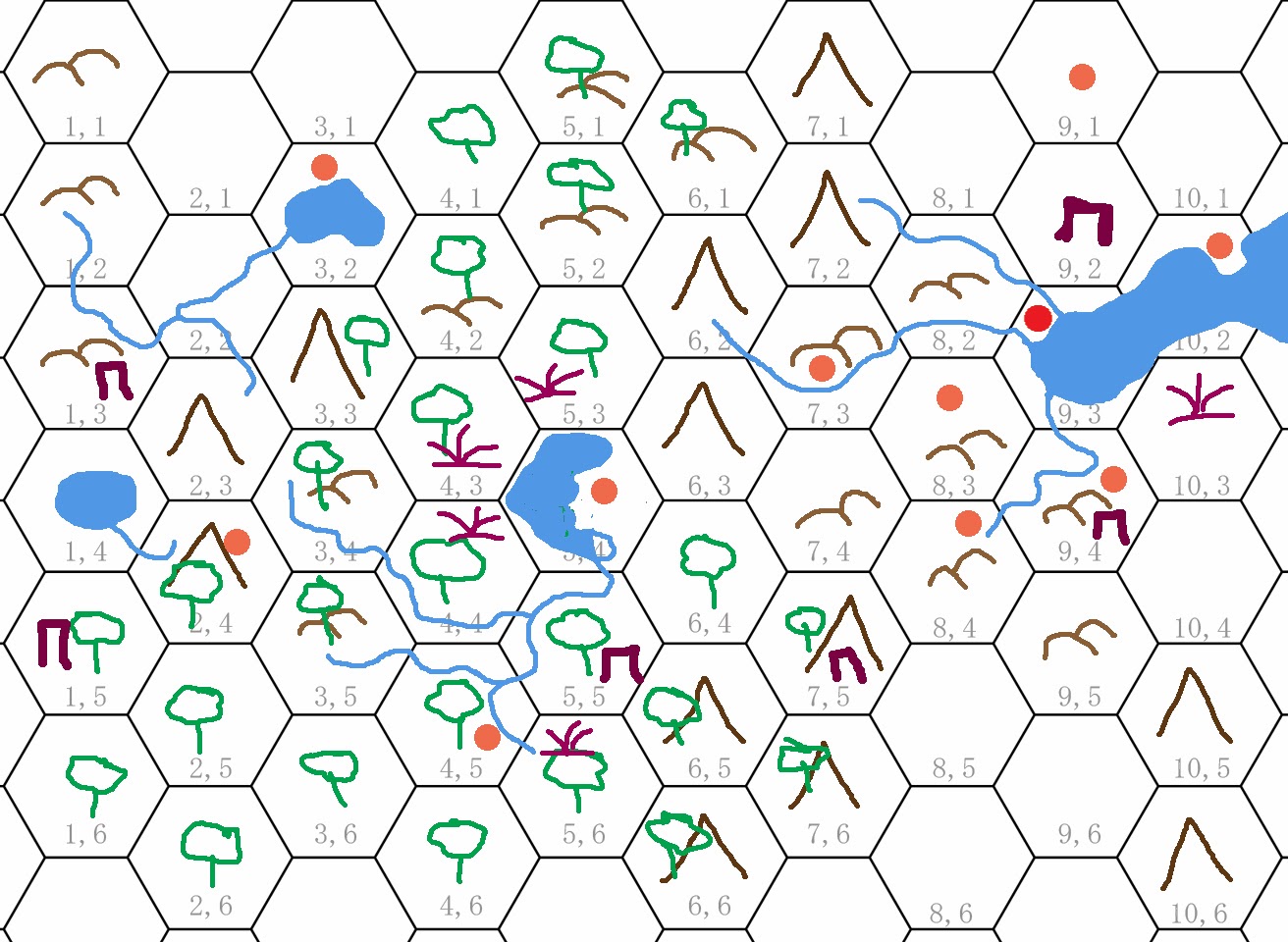 From random placement of features I’m getting a feel for who is where and what is happening in the mini campaign.
The castle in hex 9-2 is occupied by The Overlord, he and a band of companions (along with an army) conquered the domain about a decade ago.
Castle 9-4 is occupied by the wizard Allazar (one of the overlord’s former adventuring buddies), The cleric from the old party is an important figure in the city and a former henchman of the Overlord has betrayed the Overlord and is hiding out somewhere in the west of the map.

There we go a nice setup for the campaign from random rolls and DM inference: an adventuring band has taken over the domain a few years back, some folks would like to reclaim their old property, not all of  The Overlord’s old friends like him much anymore. Any young adventurer can see a number of class based options for future power and we see adventurers do become lords.
Posted by JDJarvis at Saturday, December 14, 2013