A while back in  the post  “How much campaign do you need?” I discussed just how much is required to have a campaign. I developed a small area with a number of locations, I had a number of towns and several dungeons, an a couple castles all on 4 pages.  There was enough stuff to run a campaign for a goods long time, unfortunately I never got it scanned. I’m going to do it again but this time share it in a number of posts.
First off we need a map. I’m going to be using a 6x10 hex map. I’ll show some planning scribbles on it and update as we go. 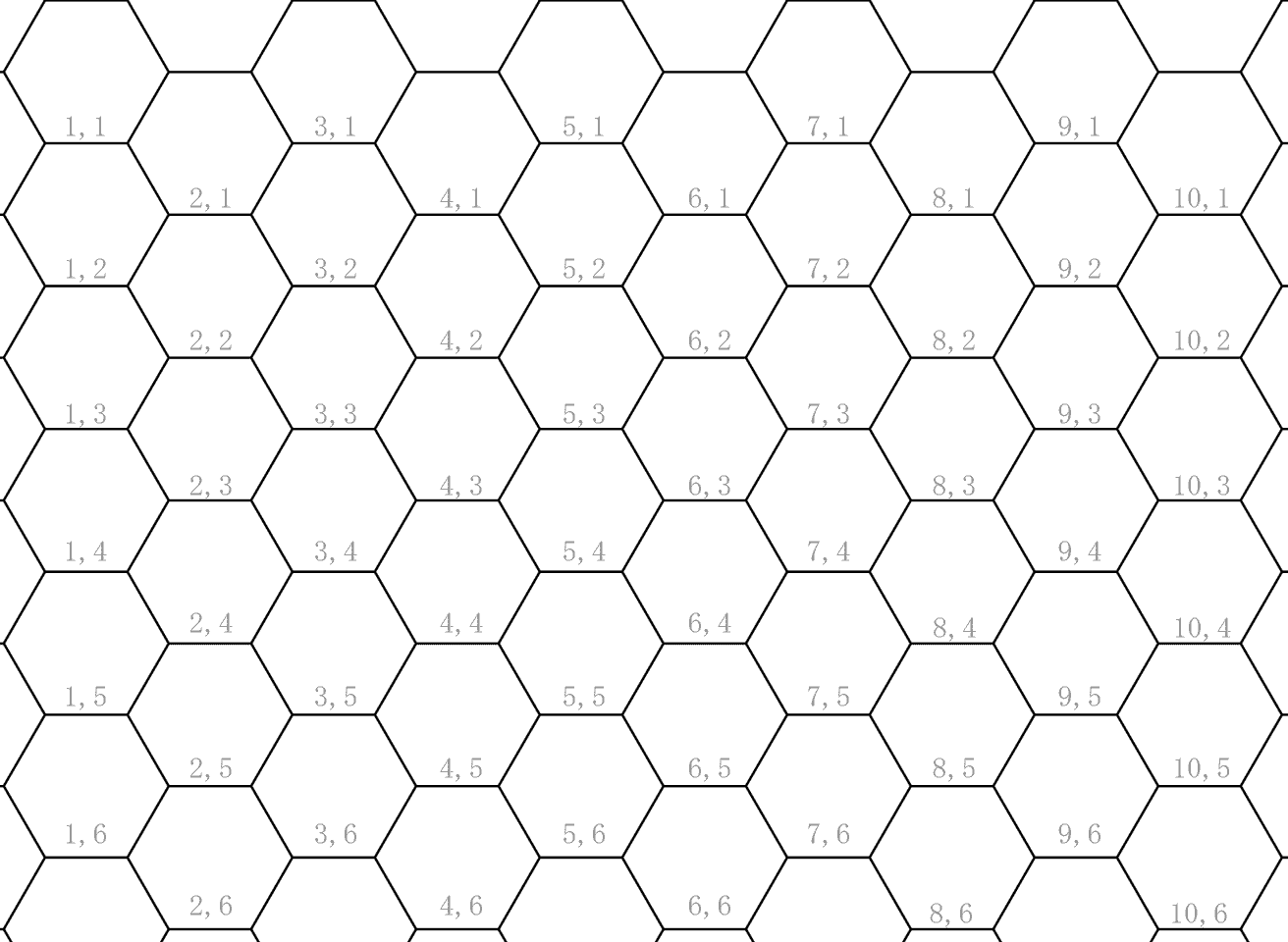 When using a hex map you have to consider the scale. I want this to be a “campaign” map so I want some room for a bit of travel but it’s not really going to be about travel since it’s such a compact area.  I’m going to pick 10 mile hexes right out of the blue. 10 mile hexes are good.
For this campaign I’m going to say an unencumbered party moving at walking speed can cover 30 miles a day in unchallenging terrain. An encumbered party can only manage 20 miles. If everyone has a horse add 10 miles to those rates. If everyone is dashing along on quick mounts let’s have a top move rate of 60 miles in a day, this will be enough to cross the map in 2 days assuming there isn’t too much challenging terrain, no problems along the way, and the PCs know where they are going. This might be a limiting factor we will want to keep in mind or a special event we’ll want to have in this mini-campaign.

Next post we'll start filling in all that blank space.
Posted by JDJarvis at Friday, December 13, 2013